Voice morphing is important to a variety of people for different reasons. In fantasy and science fiction games, it helps people sound like their often non-human character. For young people and many females, they want to be more anonymous or attract less attention. And for many adult role-players, there is an attraction to playing a character of the opposite gender. The technology by Screaming Bee lets people do all of these things.

“We are excited to partner with Screaming Bee, the leader in voice changing technology. They are well known to gamers, who have long been able to download their product to tailor the sound of the voice to fit their avatars,” said Keith Weiner, CEO of DiamondWare. He added, “Quality matters in voice change, because if it sounds artificial or processed, it is a clear giveaway to other users.”

“We are very happy to work with DiamondWare,” said Mark Ramirez, CEO of Screaming Bee. He added, “DiamondWare’s flexible architecture positions them as the clear leader. It was easy for them to integrate our leading-edge voice morphing technology.”

About DiamondWare:
DiamondWare provides best-of-breed real time voice technology with ground-breaking 3D positioning and high-definition quality. Applications include games, simulators, conferencing, VoIP, and radio over IP. Customers include DARPA, the US Special Forces, Navy, Air Force, as well as game developers, carriers, and equipment manufacturers. DiamondWare has received acclaim and recognition from numerous organizations, including TMC Labs Innovation Award, Best of Show at Internet Telephony, Product of the Year from Communications Convergence magazine, and has been on the Pulver 100 list since 2004. The company holds many patents. Founded in 1994, DiamondWare is headquartered in Mesa, Arizona. More information is available at www.dw.com.

About Screaming Bee:
Screaming Bee is a leading provider of voice software and solutions for online games, VoIP and multimedia applications. Screaming Bee's high-quality voice morphing technology is used in online games. Gamers can now have voices to match their in-game characters. The flagship product, MorphVOX Pro, allows studios to save time and potentially thousands of dollars by creating multiple voices from existing stock audio or a single voice talent. MorphVOX Pro is used by professionals in a number of fields, including education, radio broadcasting, and animation. For more information, please visit www.screamingbee.com. 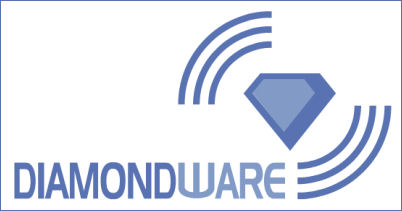